You are here:
Uncategorized

Pentedattilo, an ancient village 25 km to the south of Reggio Calabria, is undoubtedly one of the most evocative places of the Mediterranean.
Since the time of the European Grand Tour, during the nineteenth century, Pentedattilo was an appreciated destination of writers, artists and travellers, like Escher, Lear, and others that highlighted the beauty of the village in their work. 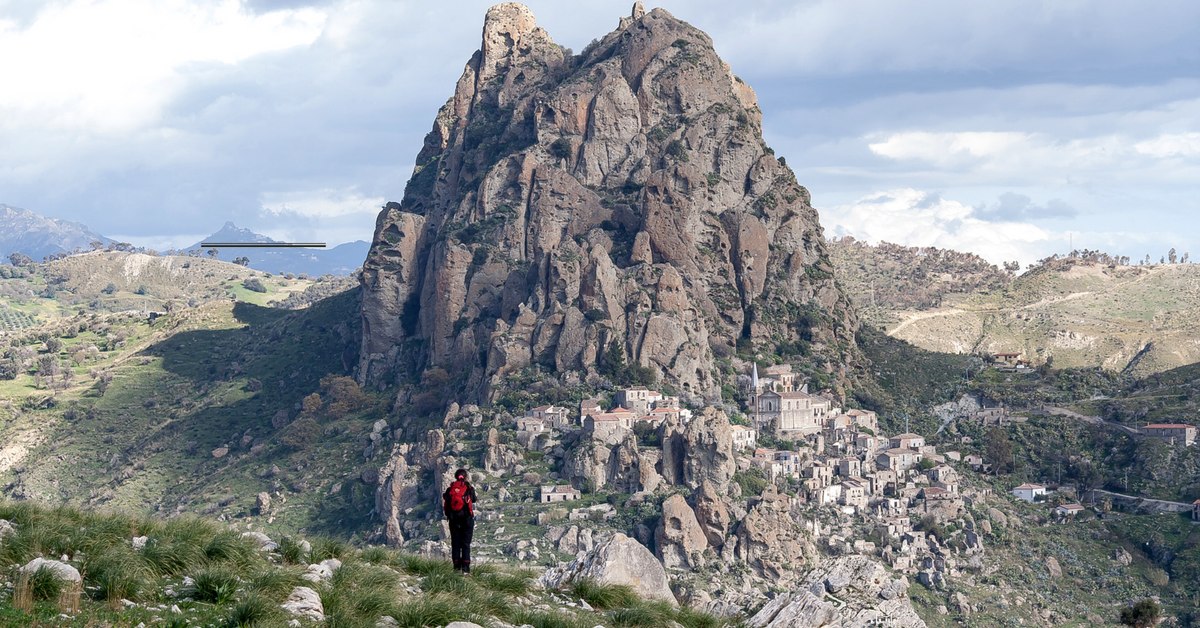 Situated at 250 metres above the sea level, and only 10 minutes driving from the Jonian sea, Pentedattilo rises on the peak of Monte Calvario a rock formation that resembles a cyclopic tight fist, from which the name Pentedattilo comes from, in the greek language πέντα-δάκτυλος (transliterate pènta-dàktylos) means “five fingers”.  It is a fascinating timeless place, evocative and with breath-taking landscape. Pentedattilo is part of the “Area Grecanica”  cradle of an ancient civilization, the one of the Calabrian Greeks.
The strategic position allows you to easily reach by car or motorbike the crystalline water of the Jonian sea, or explore the extraordinary villages clinging on the Aspromonte mountain in the Grecanica Area. 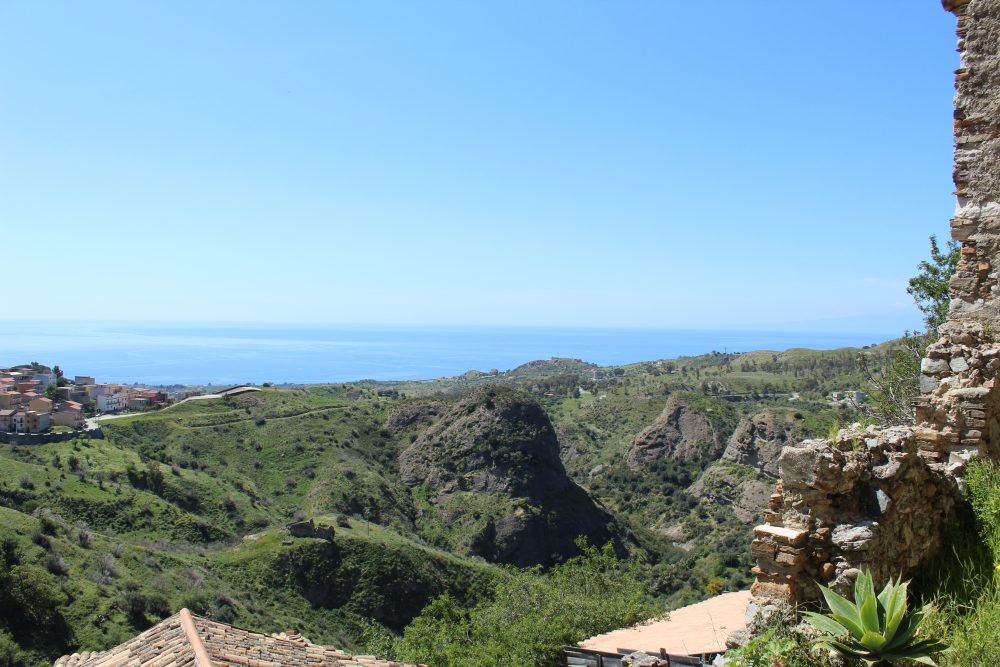 During the day Pentedattilo lives thank to  the people of the Association ProPentedattilo that work in the artisan shops. At night, the few villagers live in the nearby new village, leaving the visitors to the intimate contact with nature. Walking in the lanes of the abandoned village you will be surrounded by a natural atmosphere among citrus trees and spontaneous vegetation.
Pentedattilo is the official starting point of a hiking path called “Sentiero dell’Inglese” (path of the British), an important and enchanting route along the Grecanica Area, listed internationally in the “Italian hiking path network” (Rete dei cammini Italiani).
Pentedattilo was founded by colonists from Chalcis in 640 b.C., today is one of the most beautiful touristic attraction in Calabria and hosts an international film festival that draws cinephiles from all around the world, it is also stage for the Paleariza an important world music show.

Our accomodation offers in Pentedattilo

Case rurali Pentedattilo offers accommodation in Pentedattilo. Reggio Calabria is 33 km away. The accommodation is equipped with a flat-screen TV. Some units are air conditioned and include a seating and/or dining area. All units feature a kitchen equipped with a fridge and stovetop. Towels and bed linen are provided. Guests can enjoy various activities in the surroundings, including rekking, windsurfing, fishing and hiking. Scilla is 54 km from Case rurali Pentedattilo. 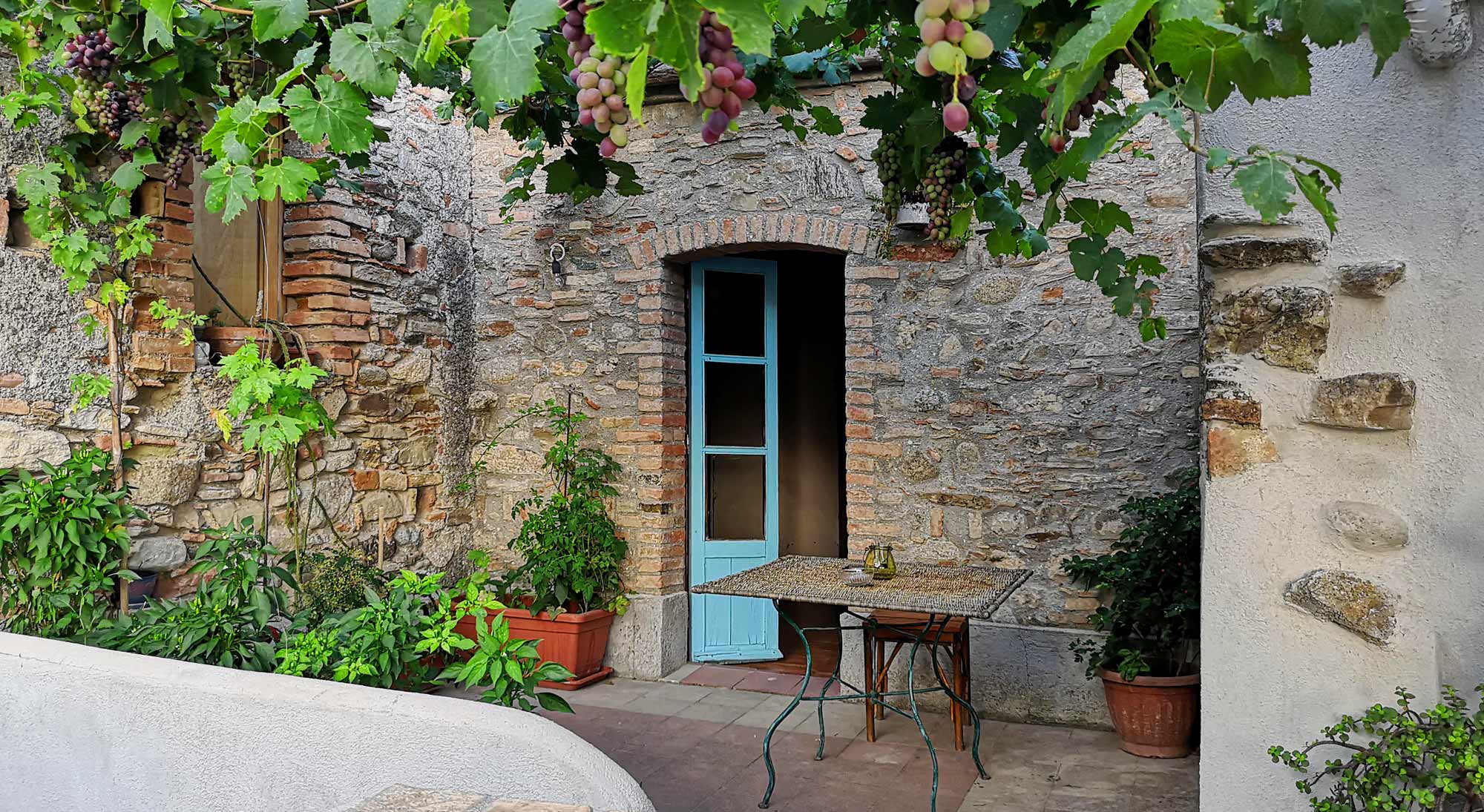 This property also has one of the best-rated locations in Pentedattilo! Guests are happier about it compared to other properties in the area. Couples particularly like the location — they rated it 9.7 for a two-person trip. This property is also rated for the best value in Pentedattilo! Guests are getting more for their money when compared to other properties in this city.

We speak your language! 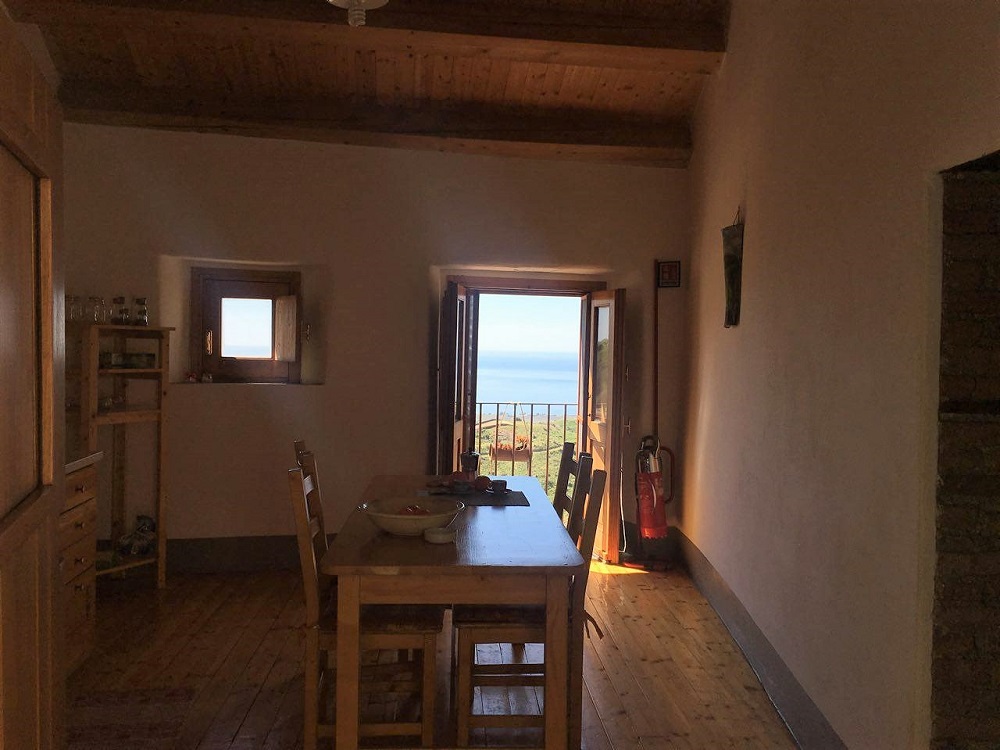 How to arrive in Pentedattilo

For furthet information write an e-mail to info@calabriaetnica.com or compile the form in our website

Calabria Etnica Group will be in the ITB Berlin Exhibition from 6 March to 10 March Hall 1.2 108B, in Italian National Tourist Board (Enit).